Since 1976 I've been involved in the audio industry, including audio electronics maintenance, repair and modifications.  I have a background as a recording engineer and F.O.H. mixer for all styles of music.  In the 1980's I developed a very keen interest in acoustics and design.  This allowed me to work with a number of clients to design, construct and setup a number of world class and private recording studio's.  I have also continued to broaden my experiences in the field of acoustic design and installation, by working with clients that include halls, schools, churches and private recording studios.  Listed below are a few of the major projects I've been involved with in my career so far.

Please feel free to contact me if you like me to become involved with your project.  References available on request.  dragonflymobile@gmail.com 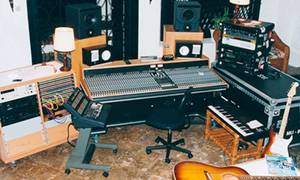 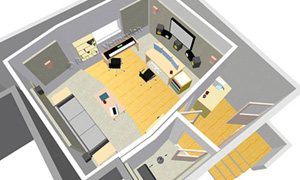 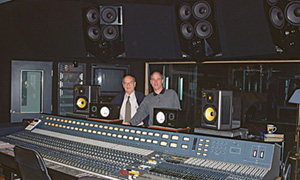 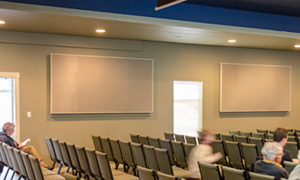 'The Roy' restaurant in Royston.

2017 - Consulting and complete update to the P.A. system at the Nanoose Centre, Nanoose Bay, B.C.

2016 - Complete update to the P.A. system and training of F.O.H. engineers at the Knox United

2016 - Complete update to the P.A. system and training of F.O.H. engineers at the St. Andrews United

2015 - Finalized the installation and setup of 'Summit Recording Solutions' studio in Qualicum Bay,

B.C.  I now use this studio as my main base for recording.

staff in the proper operation of their P.A. system.

2015 - Acoustic consulting for baffle installation and a complete P.A. & lighting system for the Fanny

2015 - Various updates to the P.A. system and training F.O.H. engineers at the St. Peter's Roman

2013 - Consulted with clients at the 'Matlock Festival Of The Arts' about P.A. requirements for band

2010 - Consultation for audio equipment purchases at the Lutheran Church in Gimli, Manitoba.

2009 - Consulted, setup and training for complete P.A. system for the Gimli Theatre, Manitoba.

1995 - Designed and built a custom 'Mobile Recording Studio'.  All road cased and was used to record

'Eighteen 'till I Die' by Bryan Adams in Jamaica and the South of France.  Similar designs were

also built for two other clients.

technical design and installation, for a three room recording studio.  I hired and training

1990 - Consulted, designed, installed and training for 'The Armoury Studio' in Vancouver, B.C.

1990 - Consulted, designed and installed a recording studio at Selkirk Collage in Nelson, B.C.

1986 - Consulted, designed and installed a private recording studio for Bryan Adams, at his

Vancouver, B.C.  I took part in all major installs and upgrades to the studio.